EnPastiche is a research project supported by Canadian Heritage and OCAD University that is working on embedding artists in the policy design process.The goal is to explore inclusive policy design processes that will inform government on how to better cater to the needs of the people they represent, and actively advance social innovation in Canada. 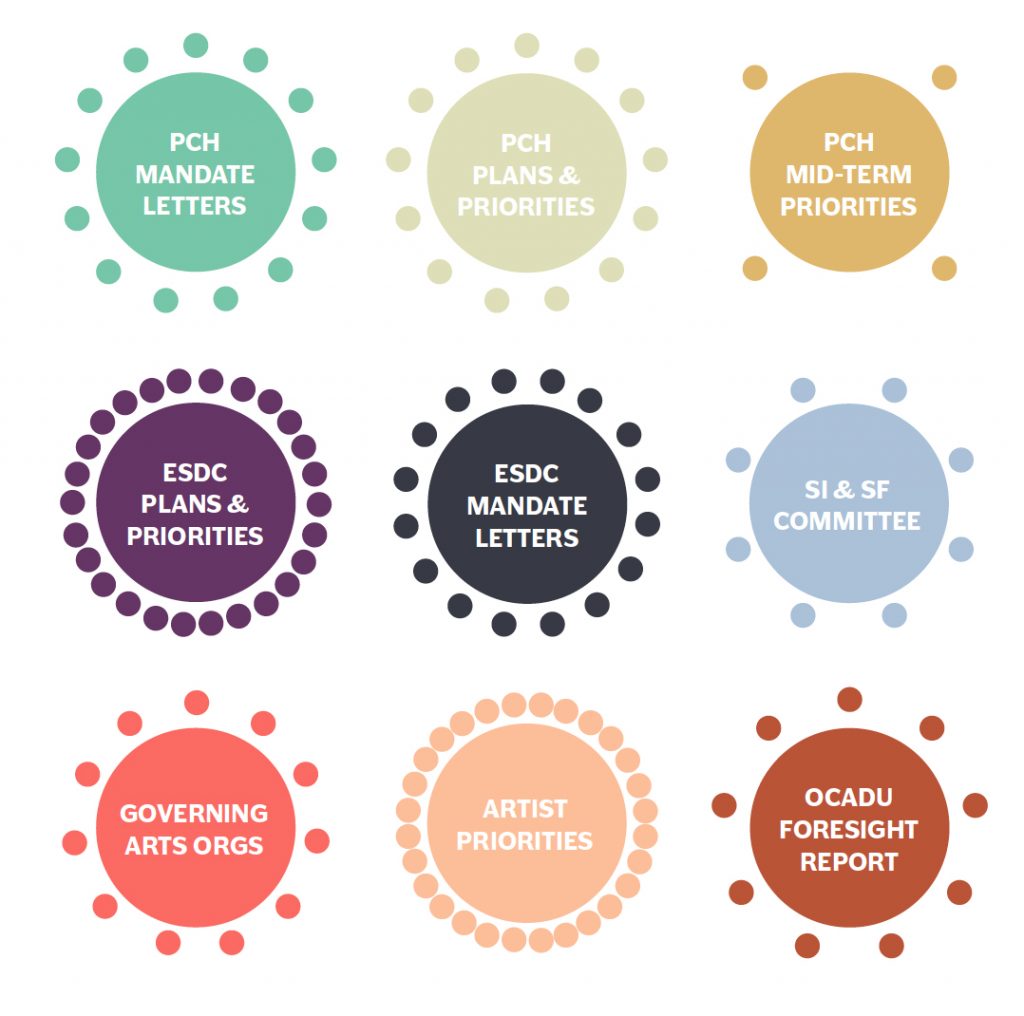 Ministerial mandates direct federal departments’ priorities and plans, and these in turn affect the work that policy-makers need to focus on. So, as a starting point, our research group first looked at these mandates and priorities within the PCH through an alignment exercise of various PCH departmental documents.

The project’s focus on social innovation and inclusion also led us to further identify inter-departmental mandates targeting these arenas. Given that the development of a Social Innovation & Social Finance Strategy is a ministerial mandate for the ESDC, we also attempted to align relevant ESDC priorities and plans to the PCH priorities.

Through a priorities alignment map, 8 themes emerged as areas of focus between all of these sources.

One-on-one conversations with 6 artists of different disciplines and backgrounds were also done. They were asked for their thoughts on social issues of priority to the communities they work with. We then described the government focus to them, and asked for their responses. It was resounding that diversity and authentic contribution was important to them, but that there was a clear lack of trust in the process. These interests were added to the alignment map.

Overall, it was clear that the focus theme of Diversity, Inclusion, and Identity held the most resonance in terms of overlapping interests between government and artist communities, and that the other themes contributed to this primary theme. We know this is only the tip of the iceberg, but the priorities alignment is the beginning of a living systems map for us to build on as this project progresses.

To help us target the policy arena that would make the most impact in providing the highest value to all stakeholders, we created the following design criteria. 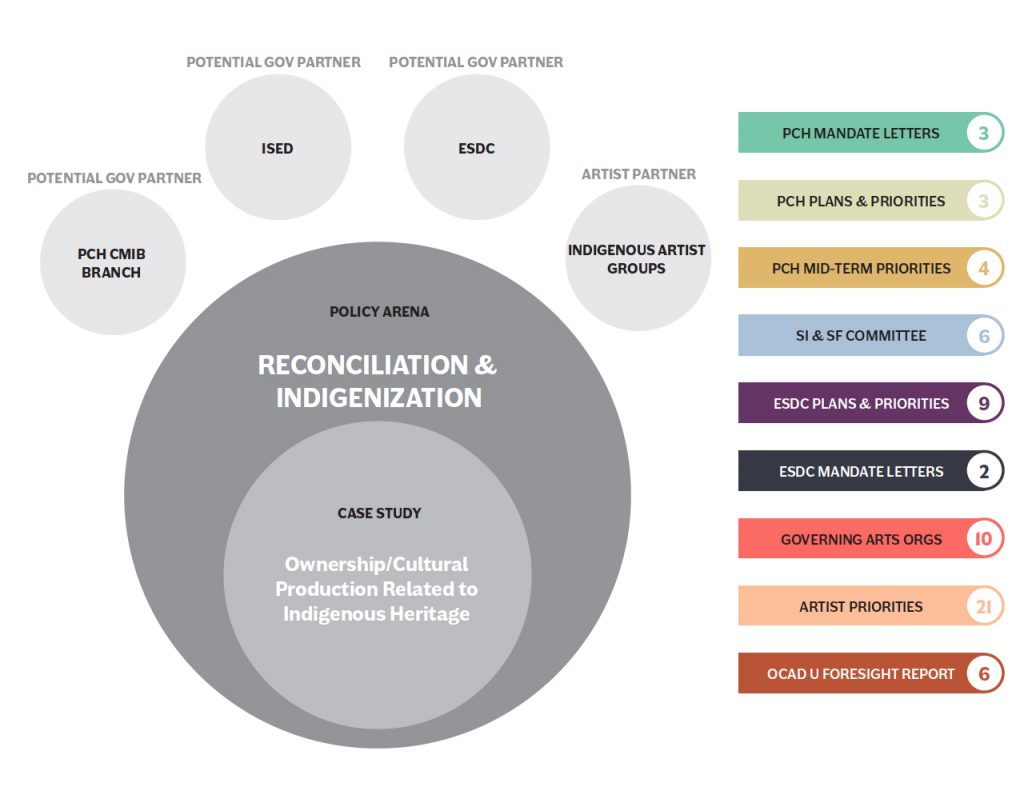 In tackling this topic, we hope to bring stakeholders who normally are underrepresented to the decision making table within the policy design process, and raise the profile of this issue not just within Canadian Heritage but throughout Canada as well.